We are pleased to offer to you this stunning example of the series 1, long door wide chassis Lotus eleven in Le Mans-configuration. Only 10 “Wide chassis” elevens were ever produced to meet the 1956 FIA Appendix C regulations for Le Mans at the time. These chassis’ were 200mm wider than the “normal” eleven. It is believed that this particular chassis was exhibited at the Earls Court motor show in 1956. The “Le Mans-specifications include Girling disc brakes front and rear and a solid De Dion rear axle. The engine is the desireable Coventry Climax FWB engine, the most powerfull 1500cc version. A Period test report on this particular engine that comes with the car, shows a maximum output of no less than 138hp! An Mot test report shows that this Coventry Climax fwb was already fitted in the car as early as 1969. In fact, the engine number is only 4 numbers apart from the official 1956 Lotus Eleven that has raced Le Mans, also fitted with the 1500CC Coventry Climax FWB. (6627 – 6631)

There are some clues that this car is chassis number 272 but since the original chassis-plate has gone missing many years ago, there is no conclusive proof of that. However, the official Lotus Eleven register has, after extensive checks, deemed this car original and has granted it an official HLR-chassis number. Only a few cars received and original HLR-number, which adds to this cars’ originality.

Little is known about its whereabouts between 1956 and 1969, but from then on all owners are known:

The car comes with multiple period pictures and registration forms. Several original ASI-certifications, several original FIVA identification cards and even an original FIA Historic Vehicle identity form this car has competed in multiple events including 2x Zoute Grand Prix and Three Mille Miglia’s (2002 -2007 – 2018). The car is also accepted in the registro Mille Miglia and is eligible for all major classiccar events worldwide.

The condition can only be described as stunning. The car underwent a througough though sensible restoration in 1999 and the craftmanship of the restorers shows in every part of the car. The all-alloy bodywork is super clean and finished correctly. The engine runs strong on every RPM and sounds like a proper race car should. The 4 speed gearbox is shiting smooth as silk and the brakes and suspension are clearly up to their task. A lot of elevens have badly repaired chassis but this one is very straight and has not been tampered with. Quite rare with these cars. The entire car shows an absolutely beautifull patina, which makes it appearance even more atractive.

In short; this rare Le Mans-spec, wide chassis, Coventry Climax FWB-powered beauty is one exceptional machine, ready to take on every road, track and of course also every competitor!
My ex 1962 Westfield 'Lotus' Eleven on track 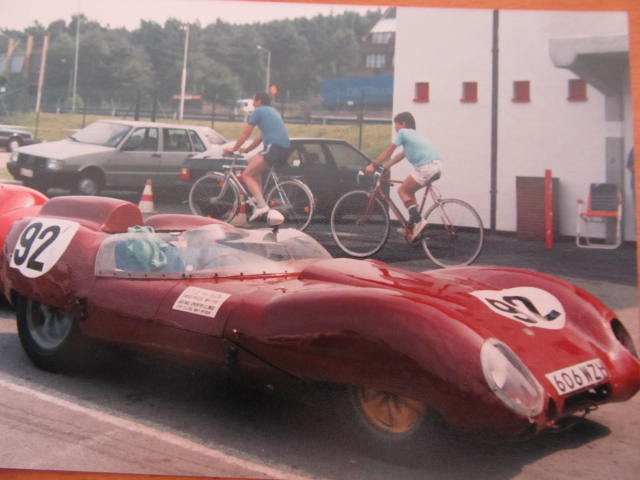 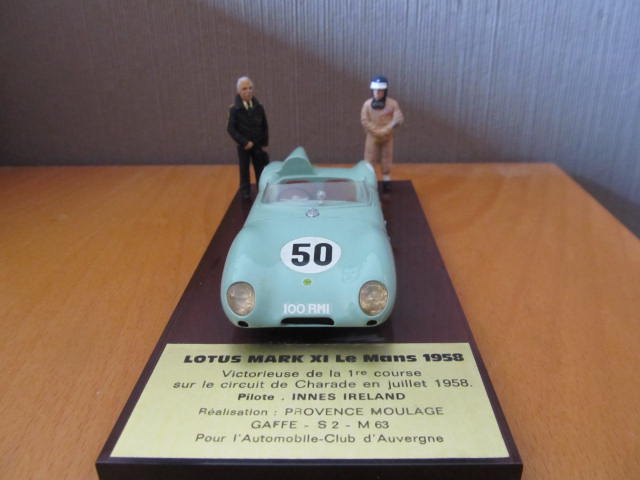