Radical sports crossover will launch in 2019 to take on Porsche's Macan, and will be built in China
The new Lotus crossover will follow tradition by having a name beginning with 'E' 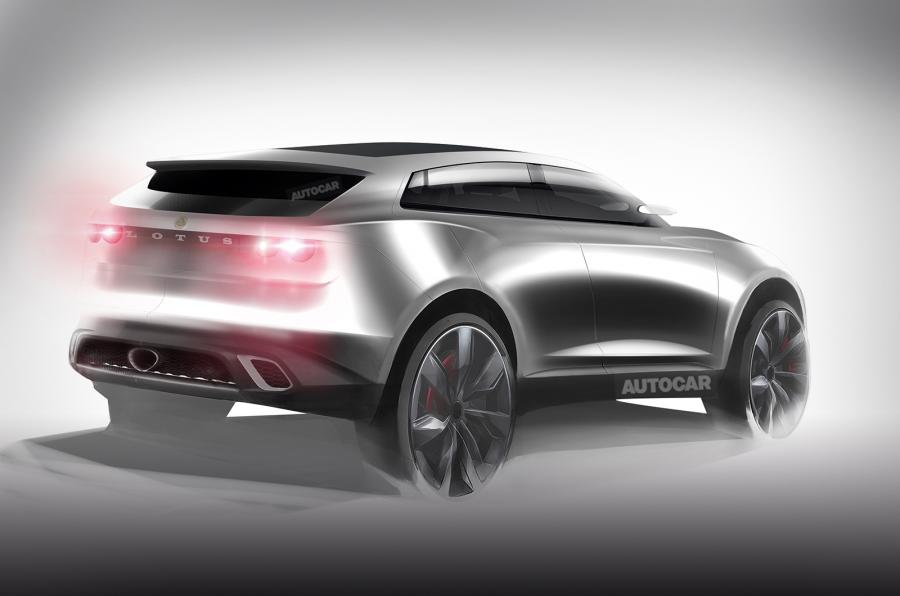 It is described by CEO Jean-Marc Gales as “a real Lotus” and “the world’s first lightweight SUV” and will be made in an all-new Lotus factory in south-east China.

The new car is tipped for production in 2019 and is very likely to become the best-selling model in Lotus’s 67-year history.

However, Gales is clear that Hethel will remain Lotus’s management and design hub and continue as the manufacturing centre for its three-tier sports car range. Sales of improved Elise, Exige and Evora models expanded by 55% to just over 2000 last year and are tipped to beat 3000 this year.

The crossover is the first fruit of a three-way joint venture between Lotus, its Malaysian owner Proton and Goldstar Heavy Industrial, a Chinese engineering and trading company.

The aim is to take advantage of exploding SUV demand in China, especially in the C-segment, where sales recently topped three million. Porsche’s Macan is selling at a rate of around 30,000 units a year in China and is tipped to reach 50,000 in a couple of years.

The launch of the new Lotus SUV represents the third phase of Gales’s ambitious but believable development plan revealed about a year ago.

The first phase, nearly achieved, was to take sales beyond 2000 units in the first year and get trading into the black. The second is to press towards 4000 sports car sales, with further improved versions of the current models coming fairly soon. The third, planned for the end of the decade when the SUV and all-new versions of the sports cars hit the market, is to beat 10,000 units. Encouraged by early progress, Gales is already dreaming of a stage four.

The new crossover will bow to Lotus tradition by having a name beginning with ‘E’. It will aslo offer 4x4 capability, at least as an option, like most of its class rivals.However, it will differ from the rest by being both lighter and faster, says Gales, with more emphasis than any rival on fine steering and handling.

After satisfying initial demand in China, Lotus will consider launching the model in Europe and Japan, where design and safety legislation is relatively similar to China’s.

US sales would be a more difficult proposition, Gales says, because of the modifications needed. He acknowledges that demand for the SUV could eventually drive total Lotus sales beyond 10,000 but is anxious “not to run before we can walk”.

As our sketches show, the new crossover uses familiar design cues in a new way, with a new grille treatment that alludes lightly to famous Lotus models of the past and clearly suggests light weight and high performance.

The new Lotus is expected to be a fairly low-riding model, similar in length and wheelbase to the Macan and Audi Q5 but about 3cm lower (to get the centre of gravity down) and a shade wider. Lotus says the low roofline can be achieved without compromising the generous rear cabin space that is essential in a car for the Chinese market.

Details are still being worked out, but the new crossover is likely to have a steel monocoque inner structure clad with unique composite and aluminium outer body panels. “There may be some Proton parts, of course, but that’s nothing unusual,” said Gales. “You can find VW parts in a Lamborghini.”

The combination of a relatively light body and chassis components, plus forged alloy components for its (likely) all-independent double-wishbone suspension, should enable the Lotus SUV to weigh about 200kg less than key rivals.

“Lightness, driving purity, design and a certain unconventional quality — these are all core Lotus values,” said Gales. “At present, there’s nothing on the market that fits the description. Our car will drive beautifully. It will be supple and comfortable but the emphasis will be on handling. It will be the lightest and fastest of its class on the track.”

The joint-venture partners have yet to make a firm decision on powertrain type and layout, but Gales said Lotus has recently strengthened its long-standing co-operation with Toyota over engines and gearboxes in its other models. The strongest likelihood, he said, is that the new crossover will use powertrains similar to the supercharged 1.8-litre in-line four and 3.5-litre V6 engines in today’s sports cars.

No diesel version is planned for the early years simply because oil-burners aren’t popular in China. But if the car came to Europe, Toyota would have a suitable diesel to offer.

Toyota already allows Lotus considerable scope to modify its engine’s electronics, induction and exhaust systems, and the practice is likely to continue.The new Lotus will offer four-wheel drive but won’t be a dyed-in-the-wool off-roader, Gales said. Engineers are still evaluating likely mechanical layouts, but Gales said a transverse engine is most likely for packaging reasons.

Further out, a hybrid 4x4 system could be adopted. China’s authorities are asking that new cars late this decade should include “a hybrid element”. One interesting 4x4 solution would be to have the front wheels engine-driven and the rears propelled by independent electric motors.

The new joint venture will take about six weeks to ratify, Gales said, and a year - perhaps even two - for China’s government to grant a manufacturing licence. Chinese rules require the authorities to see a prototype before they grant this licence.

That, Gales said, makes the next few months’ workload clear. “Let’s get the design right, then make a prototype,” he said. “Let’s make it beautiful and very light. Then we’ll have an SUV like nothing else in the world.”

Why this won't be the first Lotus SUV

Lotus has already designed a sporty lightweight C-segment SUV, dubbed project APX (for Advanced Performance Crossover) as a way of showing off a revolutionary method of flexible manufacture.

The car, a concept at the 2006 Geneva show, had a 3.0-litre V6 and a basic structure consisting of alloy corner castings connected by extruded aluminium beams. The system allowed a car’s width and wheelbase to be adjustable over a wide range.

Lotus also launched the Youngman-Lotus T5 SUV in Beijing three years ago (when Chinese importer Youngman was selling Lotus-badged Protons in China). It shows a clear relationship with the APX concept. Proton and Lotus have since ended their Youngman deal in favour of Goldstar, with whom they plan to build the new Lotus SUV.

Under the circumstances, it’s not difficult to understand why the joint venture seeks an authentic ‘by Hethel’ look for their 2019 model.

Is this the beginning of a plan to relocate Lotus in Asia?

“Certainly not. We have always said that the company’s headquarters will be right here in Hethel, where the cars are designed and the sports cars are built. We are not exporting one job to China. In fact, we are currently hiring more people to cope with expanding sports car production.”

What’s the big benefit of building cars in China?

“We’re close to the world’s biggest market for these cars, for one thing. Better still, making a car in this volume means we will encourage a supplier community and will be able to use expensive, out-of-sight components — infotainment modules, wiring looms, HVAC [heating, ventilation and air conditioning] — for the new generation of sports cars.”

How big is Chinese SUV demand?

“It’s absolutely huge. Six million SUVs will be sold in China this year, and more than half of those are C-segment models. That figure is forecast to rise to eight million in four years. C-segment SUV sales alone will be bigger than the entire German market.”

Surely this means you’ll do much better than the 6000 to 7000 Lotus SUV sales you seem to be tipping?

“If we did, that would be phase four of our development plan. We’re still completing phase one. Let’s not run before we can walk.” 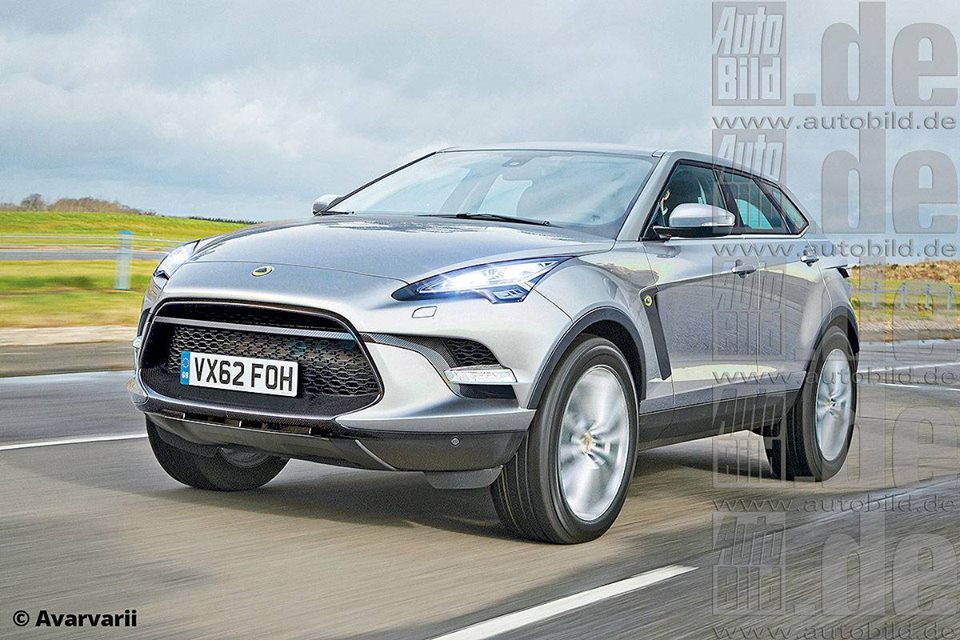